Artefacts and documents from three millennia comprise Whyte’s eclectic auction on Saturday 21 April. Entitled “History, Literature and Collectibles” the sale starts with Celtic gold ring money from 1,200 BC and the lots represent a potted history of Ireland with books on antiquities, coins from both the Cromwellian and Williamite Wars, documents, weapons, medals and militaria relating to the Irish rebellions of 1798, 1867 and the War of Independence 1916 to 1921, as well as the turbulent times of the early Irish Free State right up to the ‘Northern Troubles’ of 1969 to 1998. Global events which concerned Ireland such as the two World Wars and, appropriately in the centenary year, the sinking of the Titanic, are also represented by historic and collectable documents and memorabilia.

The centenary of the sinking of the Titanic has excited public interest in this month and one of the most exciting items in the sale directly relates to the sinking of this legendary ship. Lot 172 (estimate €20,000 to €30,000), a post office telegram was sent on the day of the sinking and dramatically declares the first news that “White Star Liner Titanic… is sinking in mid Atlantic as result of collision with iceberg”. It was received by Robert McComb a celebrated journalist with the Belfast Evening Telegraph and allowed the newspaper to be the only one in the British Isles to break the news on the same day as the sinking. Other Titanic interest items in the sale include survivors’ autographs (Lots 174, 175 and 176) and desirable White Star Line cups and saucers as used by passengers on ships such as the Titanic and Olympic (Lots 179 to 183 inclusive).

Amongst the many revolutionary interest items in the sale, lot 235 stands out as one of the most exciting items to come up for sale in recent years relating to the 1916 Rising. The lot, estimated at €5,000 to €7,000, comprises of three documents which until recently lay undiscovered in the private papers of Countess Wicklow and include only the second ceasefire order from the 1916 Rising recorded in private hands and as such is of immense importance and value. The single page order is addressed “To the Officers in Command” is signed and initialled by the Enniscorthy Garrison leaders Seamus Doyle and Robert Brennan. When the British Army arrived in the town en masse on 29 April they attempted to tell the Enniscorthy Rebels that their Dublin counterparts had already surrendered. The Wexford men refused to believe them and both Seamus Doyle and Sean Etchingham were brought to Dublin to see Pearse who confirmed the situation and the same day the order in this archive was given.

A SQUALID SQUABBLE OVER PEARSE’S MONEY

Over the years historians have investigated many different aspects of Patrick Pearse’s life yet the heretofore unpublished documents offered as lot 252 (estimate: €2,000 to €3,000) in the auction shed an interesting light on the financial affairs of one of Ireland’s most famous revolutionary leaders. The correspondence between The Hibernian Bank Dublin, and Sun Life Assurance Society, London shows that Pearse apparently gave his life insurance policy as security for a loan of about £663 from The Hibernian Bank. A week to the day of Pearse’s execution the bank wrote to Sun Life to make a claim on the policy. Remarkably Sun Life claimed that “the circumstances under which [Pearse] met his death rendered…the policy void” due to the fact that under Common Law if the Assured is ” killed in a duel, or feloniously destroys himself, or dies by the hand of the common hangman, or public executioner, the Policy is void”. After much correspondence, during which Cullenswood House (home of St. Enda’s School, which Pearse founded and ran) was described as “practically valueless” since “the alterations made by Mr Pearse, to adapt the premises for a school, render them quite unsuitable as a dwelling” Sun Life eventually agreed to pay Hibernian Bank the “Sum Assured and Bonuses” but “not to allow any proceeds to benefit the Estate of the Life Assured”. Thus Pearse’s mother and family were not to receive a penny from Sun Life. On 30 June 1916 the Bank received £329.16s.4d in settlement of the policy. Here the correspondence ends a squalid dispute between two financial institutions over the estate of the dead patriot, who, before his death, was a valued customer of both.

A RARE MEDAL FROM AN EXTRAORDINARY ALL-IRELAND MATCH!

Lot 486 (estimate €8,000 to €10,000) is a winner’s medal awarded to Michael Curran of Young Irelands, Wexford for the most remarkable All-Ireland final in the history GAA. The match was arranged to be played at Ashtown near the Phoenix Park but the pitch was unplayable, described by the Wexford Independent at the time as “a graveyard overgrown with grass…” The crowd of approximately 2000, which had come to see the game made their way to the polo pitch in the nearby Phoenix Park in hope that the game could take place there. The polo pitch, however, had no markings or goalposts that were suitable for a football match, but ingenuity triumphed and city drivers placed their jaunting cars at intervals around the pitch while the people in between the cars acted as the boundary lines. When the match finally did get underway the Young Irelands went into an early lead with the benefit of the hill. The second half saw Cork disallowed a goal and “a Cork man swooped down on Paddy Curran who was bending over the ball and gave him an open kick in the face which turned his left eye out of his head…”. This led to a mass invasion of the pitch and after the Dublin referee did eventually restore order and asked the teams to replace their casualties, the Cork team refused to return to the pitch handing the title to Wexford with a winning score of 1-1 to 0-2. A rare medal from an extraordinary match.

OLD IRISH POUNDS WORTH A LOT MORE THAN EURO! With all the bad news about the Euro these days we can take comfort in the fact that the old Irish pound (or punt) is still worth more than the sterling pound. And at Whyte’s the older the Irish pound the better. A 1938 Ten Pound note issued by the Munster & Leinster Bank (now part of AIB) is expected to fetch €2,000 to €3,000 (lot 666). A 1943 silver florin (two shilling piece), the equivalent of about 13 cent, is valued at €8,000 to €10,000 (lot . Why is it so rare – well the Central Bank decided to stop using silver in the coinage that year due to the war and ordered all silver coins to be withdrawn. It is believed that a few hundred escaped, of which this is one, making it the scarcest modern Irish coin. Other coinage includes pieces of Celtic gold ring money from 1200BC (lots 1 and 2, estimates from €800 to €4,000) as well as a fourpence from Kilkenny during the Cromwellian Wars (Lot 553) and money made from melted cannon to pay King James’ soldiers in the Williamite Wars of 1688-1690 (lots 555 to 559, estimates from €80 to €150). 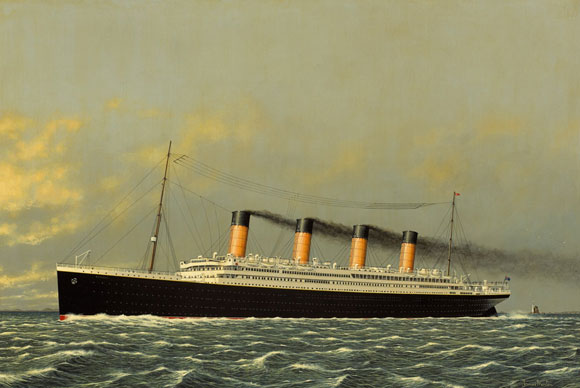