Signin In The Rain

Home » Music » Signin In The Rain 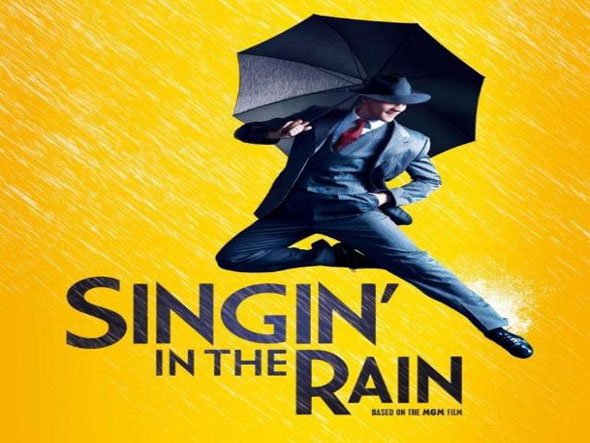 Singin in the Rain

If you are looking for a truly uplifting West End musical, then look no further than the new production of ‘Singin’ In The Rain’ which opens at London’s Palace Theatre this month, following its critically acclaimed, sold-out run at the Chichester Festival Theatre.

Short break specialist, Superbreak, has got some great value packages to see the show, including hotel accommodation starting from just £102 per person.

With all the charm, romance, comedy and glamour of one of the world’s best-loved films, Jonathan Church’s brand new production of Singin’ In The Rain features a glorious score including the classics Good Morning, Make ‘em Laugh, Moses Supposes and the legendary Singin’ in the Rain complete with iconic dance routine.

Set in the roaring ’20s, Don Lockwood has it all including a string of hit films and a studio-engineered romance with the most beautiful actress in town. But with the new phenomenon of the talking picture on the way and a chance meeting with a talented young chorus girl set to steal his heart, things are about to change for Don and for Hollywood forever.

Theatre break packages from Superbreak include:

Three star package – from £102pp staying one night on bed and breakfast basis at the three star President Hotel and including a top price saver ticket to the show. Valid Friday evenings throughout March. Based on two sharing.

Four Star package – from £141pp staying one night on bed and breakfast basis at the four star Cavendish Hotel including a top price saver ticket to the show. Valid Friday evenings throughout March. Based on two sharing.