Manford Back In Aberdeen

Home » Comedy » Manford Back In Aberdeen 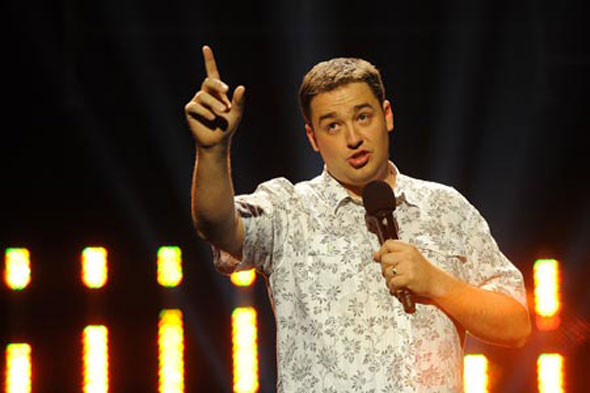 Northern stand-up, television presenter and actor Jason Manford, who was inspired by Billy Connolly to take to the stage, is to appear in Aberdeen’s Music Hall next summer as part of an 80-date UK tour for his new show First World Problems.

He will perform gigs on Wednesday and Thursday, August 28 and 29 and tickets to see the TV funnyman live on stage go on sale to APA Friends next Thursday (September 20) and to the general public the following day (Friday, September 21) online at www.boxofficeaberdeen.com, by phone at 01224 641122 and at Aberdeen Box Office at the Music Hall and His Majesty’s Theatre.

The writer, comedian, actor, radio and television presenter played the city centre venue in May last year, after an earlier gig had to be rescheduled when he took on a five month-stint as co-presenter on The One Show.

“We know Jason Manford has a huge following in Aberdeen, who will be delighted to see him back at the Music Hall,” said Aberdeen Performing Arts chief executive Jane Spiers.

“It underlines the venue’s reputation as an essential stop on the comedy circuit – with Dara O Briain next month and Milton Jones, Sarah Millican and Micky Flanagan coming up.”

Jason has had a busy time since he was last on the road. After his opera singing turn saw him emerge the winner on  Born To Shine (ITV1), he put his new found talent into practice joining Alfie Boe on tour prior to a well-received run in the critically acclaimed hit west-end musical Sweeney Todd alongside Michael Ball and Imelda Staunton.

On the comedy front, he also enjoyed appearances on QI (BBC 2), Big Fat Quiz of the Year (Channel 4), and Comedy World Cup (Channel 4).

Jason said: “Some of you might think I’ve had a career change what with all the opera and musical theatre I’ve been doing lately. Not a chance, I’m excited to be getting back to what I really love the most – stand up!”

Stand up sets on Live at the Apollo (BBC 1), Michael McIntyre’s Comedy Roadshow (BBC 1) and The Royal Variety Performance (ITV1, 2009) have all helped establish Jason as a nationally known comic, a position which made him the ideal host of ITV’s reality comedy competition, Show Me the Funny.

A second series of his hilarious creation Walk on the Wild Side (BBC 1) aired in 2010, and Jason has hosted Comedy Rocks with Jason Manford (ITV1) and been a regular panellist on two series of Odd One In (ITV1).

His autobiography Brung Up Proper was published in September 2011.

He began his comedy career at the age of 17 when, while collecting glasses in a Manchester comedy club, he stood in for a performer who failed to turn up for an evening set.

Six gigs later he was crowned The City Life North West Comedian of the Year.

Jason cites Billy Connolly as the first comedian he saw when he was nine years old, and as the very first inspiration for him to become a comedian, alongside his other comedy heroes  Eric Morecambe, Tommy Cooper and Les Dawson.