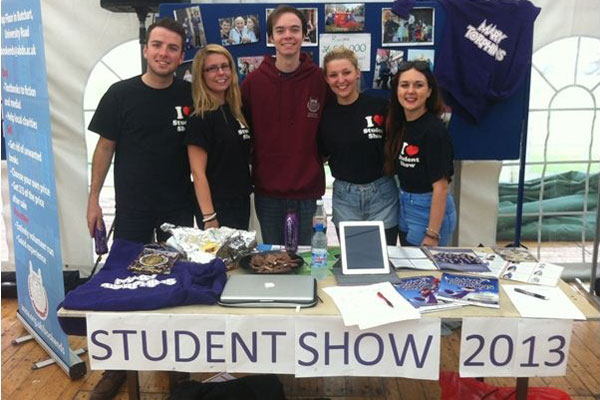 After 91 years Aberdeen Student Show is still going strong and is as popular as ever with its local humour and talented cast of students.

The cast of this year’s show, “Mary Torphins”, would like to thank everyone that supported them and helped them achieve such great success in raising a staggering £58,000 for the Aberdeen Student charity campaign.

‘We are absolutely overwhelmed with the support Student Show received from the people of Aberdeen City and Shire. We raised a record-breaking amount of £58,000 which will help to benefit many local charities and organisations.’

Once again, Aberdeen Student Show is already back to work writing and preparing for their next show that will play at Aberdeen’s His Majesty’s Theatre from the 17th-20th of April 2013.

The Student Show 2013 team are delighted to announce that next year’s show will be “Spital Shop of Horrors”, a local adaptation of the cult classic “Little Shop of Horrors”.

Sophie also stated: ‘It is an honour to be able to be involved in such an amazing, historical event; and to perform on the stage at HMT theatre with such talented people with truly represent the Spirit of Show. Thank you to everyone who came to see the 91st Aberdeen Student Show – we couldn’t continue without you! Bring on Student Show 2013!’