The BFI (British Film Institute) will mark the centenary of World War One with a wide-ranging series of programmes of key films, archive television dramas, re-releases and archival discoveries including a major three part project for 2014, 2016 and 2018, The War That Changed Everything. 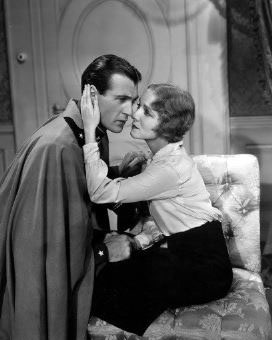 The BFI’s landmark commemoration of the Great War include some of the profoundest and most moving responses to the conflict, as successive generations have brought their own visions of war and its antecedents to large and small screens. As well as special events and screenings at BFI Southbank, the BFI is ensuring audiences across Britain can get involved via a dedicated collection of content available to stream on the BFI Player and UK-wide cinema releases of key titles.

NB: A major BFI National Archive restoration of a pivotal, dramatic, British silent film will be revealed later this year for an Autumn 2014 theatrical release.

Setting the scene for war: Edwardian Drama on the Small Screen

The BFI looks at the backdrop to war and sets the scene for life in Britain during the pre-war period through an examination of small screen interpretations of works by key Edwardian playwrights. For audiences attuned to the world of contemporary television re-creations of the Edwardian past (Downton Abbey, Mr Selfridge, The Village) a programme of Edwardian Drama on the Small Screen will play at BFI Southbank during May 2014 offering a welcome and rare opportunity to see some of the best British television interpretations of works by playwrights which were widely performed in the years before World War One. The hugely influential “new drama” which began as early as the 1890s saw its finest flourishing with actor-writer-director Harley Granville-Barker whose greatest plays Waste (1977) and The Voysey Inheritance (BBC, 1979) both feature in the season. Master works by John Galsworthy, Oscar Wilde and JM Synge also feature.

Programmed in association with Screen Plays: Theatre Plays on British Television, an AHRC-funded research project from the School of Media, Arts and Design, University of Westminster

On the Eve of War: Around the World in 80 Films

This investigation of the world before World War One will continue with a programme On the Eve of War: Around the World in 80 Films exploring the world on film captured prior to 1914, presented by Bryony Dixon, curator, silent film, BFI National Archive featuring a wonderful panoply of rare COLOUR footage from a dizzying variety of locations: London, New York, Shanghai, Berlin, Paris – as well as remoter regions; far-flung islands like the Solomon’s of the Pacific, the camel routes of the Gobi desert in Mongolia, temple complexes in Rangoon- and more. These are films of an extraordinary rarity, featuring a number of titles that have been newly restored by the BFI National Archive.

Four programmes will be screening at BFI Southbank from the 5 June, This programme will also be available on BFI Player, the BFI’s online video on demand service later in the year.

Restorations supported by The Eric Anker-Petersen Charity, The John S Cohen Foundation, The Headley Trust and The Radcliffe Trust

The War That Changed Everything

This major cinema and online project will offer three programmes in 2014, 2016 and 2018. The first programme in June 2014 is Before The War, a programme of feature films and shorter films which explore the world before World War One, giving a deeper context to the conflict that would follow. New DCPs will be made of key titles of historical importance to enable the widest possible viewing, with many to be made available to audiences UK-wide through the BFI Player. Films made during the period will be screened alongside later visions of that historical moment, including titles such as Michael Haneke’s The White Ribbon (2009) and The Shooting Party dir. Alan Bridges (1985).

In June 2016 The War That Changed Everything – Part 2: The Experience of War will focus on feature films and actuality footage which show the moving and often brutal realities of war on both sides, marking the centenary of the devastating Battle of the Somme. In 2018 The War That Changed Everything – Part 3: After the War will explore the cinema and actuality of the immediate post-war period and later film re-creations of this key historical moment.

This new digital version of Frank Borzage’s Oscar-winning dramatisation of Ernest Hemingway’s novel has been restored by Lobster Films.

An impossibly handsome Gary Cooper stars as the debonair, somewhat cynical Lieutenant Frederic Henry, an American working in the ambulance brigade on the Italian Front during the War. Through a friend at the local hospital, Frederic meets Catherine Barkley (the petite, ethereal-looking Helen Hayes), an English nurse whose fiancé was killed at the Somme. He encounters her again on a double-date, and what initially looks like a flirtatious, casual encounter and a one-night stand (which leaves Catherine in tears), develops into much more.

Hemingway’s celebrated novel, which established him as a major American writer, drew on his own experiences serving in Italy and some characters were based on real people. Remarkably frank – even for a pre-Code film – in its treatment of sex, A Farewell to Arms later fell foul of the Legion of Decency and the Production Code Administration who condemned its ‘suggestive dialogue’, ‘lustful kissing’, ‘illicit sex’ and ‘lack of moral compensation’. This new restoration of the full-length version is based on an original nitrate print belonging to David O. Selznick who purchased remake rights to A Farewell to Arms in 1955.