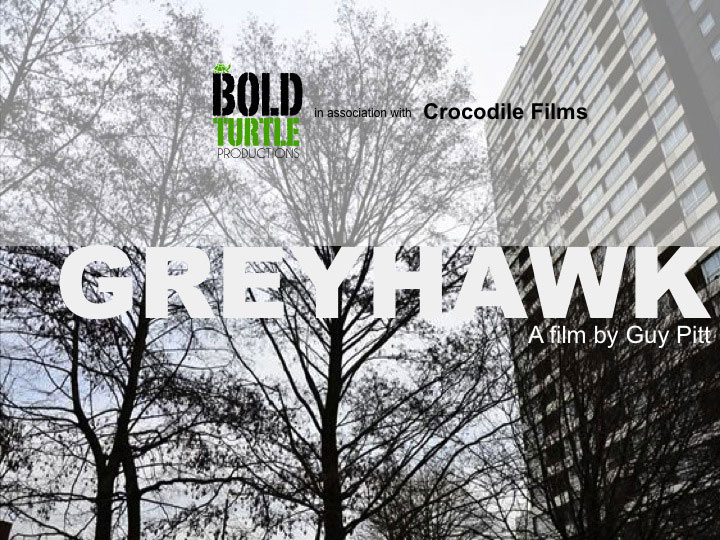 The recipients of the 68th Edinburgh International Film Festival Awards were announced at the EIFF awards ceremony, held at Filmhouse in Edinburgh today, hosted by Grant Lauchlan, producer and presenter of STV’s Moviejuice.  The ceremony took place ahead of Sunday’s Closing Night, which concludes the 12-day Festival with the International Premiere of WE’LL NEVER HAVE PARIS, and which will see the announcement of the EIFF Audience Award.

The Award for Best Film in the International Competition was presented to Midi Z’s ICE POISON (Taiwan, Myanmar), which received its UK Premiere at EIFF. The award is given to filmmakers from outside of the UK in recognition of their imagination and innovation. Filmmaker, actor and writer Niki Karimi chaired the International Feature Film Competition Jury, with producer Michael Fitzgerald and journalist Mark Rabinowitz.

The International Competition jury said: “For a meticulously observed and perfectly crafted look at economic despair in the rural and developing landscape of Myanmar, the temptation of easy money and the consequence of ruinous choices… for the assured tone and quiet melancholy of this re-telling of the fall from Eden, the award for best International Feature Film goes to Ice Poison.”

Midi Z said: “I’m very happy to be given this award. It’s such a great encouragement to me. I know I’m still a novice at filmmaking. First of all, I would like to thank Edinburgh International Film Festival for inviting Ice Poison.  And I’m grateful to the jury for their support. I would like to thank my crew, including producer Patrick, cinematographer Fan Sheng-Hsiang, editor Awen, Sound recording and editing Chou Chen and Morgan, the lead actors Patty Wu and Wang Hsing-Hong. The Taiwanese crew is composed of no more than the members mentioned above, and it shows that it’s a very small production. It’s worth notice that the actors had endured a lot of hardship in the filming. Moreover, I would like to thank my mother and big brother who remain in Burma. In addition to being an extra, my brother cooked for the crew every day during the shooting. I’m grateful to Burma for giving me a happy childhood and memories. And lastly, I would like to thank Taiwan for nurturing me, for turning a country boy from Burma into a director who has just launched his career in film.”

The Award for Best Documentary Feature Film, supported by Al Jazeera was awarded to Farida Pacha’s MY NAME IS SALT. Re-introduced in 2014, the award underlines the Festival’s long-standing support of documentaries, and the competition saw feature-length documentaries from around the world competing for the cash prize of £10,000. The winner was selected by the Best Documentary Feature FilmJury, chaired by director Cynthia Beatt, with director and editor Dominique Auvrayand producer Sunmin Park.

The Best Documentary Feature FilmJury said: “The Al Jazeera prize of £10,000 for the best documentary at the Edinburgh International Film Festival 2014 is awarded to the film My Name is Salt by Farida Pacha. It is a beautifully shot and edited film that details the cyclical nature of salt harvesting in Gujarat, India. The film itself mirrors this cycle with delicacy and restraint. Between scenes are spaces to imagine what we do not see during the 8 months of filming. This one family of salt harvesters represents the 40,000 other families whom one senses on the horizon, closer or farther away, all doing the same work, all burdened by the same fears of whether this harvest will bring enough for them to survive until the cycle begins again.

We wish Farida Pacha well with her filmmaking in the future and indeed, all the other very interesting filmmakers in this category.”

Farida Pacha said, “I feel very happy and proud to receive this prestigious award. It has been a long journey for me to make this film – a journey that has often been very difficult. So, it’s very gratifying to know that the effort is being appreciated and that the journey has, in the end, been worthwhile. I’m very thankful to the jury for this recognition. I’d also like to extend my gratitude to Chris Fujiwara and Jenny Leask for inviting the film to the festival in the first place. And to the wonderful EIFF staff for their kind support during my stay in Edinburgh. Thank you so much!”

The Michael Powell Award for Best British Feature Film was awarded to Joanna Coates’s HIDE AND SEEK which received its World Premiere at the Festival. Her innovative utopian drama wins one of the longest-running film awards in the UK, honouring imagination and creativity in British filmmaking. The award carries a cash prize of £20,000.

The winner was chosen by the Michael Powell Jury, chaired by director Amos Gitai with actor Nina Hoss and actor/writer/comedian Michael Smiley.

The Michael Powell Jury said: “The Michael Powell Award for Best British Feature Film goes to a feature we found very innovative in form and in which all those involved, from the director to the cinematographer and the actors, we believe to be very talented. The Jury recognise that the film was done with very limited funds and in a time when filmmakers are confronted with the challenge of making strong cinema with limited means, it is important for us to encourage new talent to keep creating innovative cinema. The Jury believe the younger generation have a right to re-challenge and re-configurate what cinema means to them, so we want to congratulate Joanna Coates with the Michael Powell Award for her exceptional film Hide and Seek.”

Director and co-writer Joanna Coates said: “I am ecstatic and deeply grateful that Hide and Seek has been awarded the Michael Powell Award. We set out to make a film that uses beauty and playfulness to speak about our deeper feelings and contemporary dilemmas, and we’re so very moved that it has connected with the festival and with audiences in ways that we barely dared to wish for. That the jury has recognised this is so fantastic, for myself and all who worked to make the film. EIFF has been so instrumental in bringing the film to the wider world, and I could not ask for a better platform for Hide and Seek.”

Producer, co-writer and actor Daniel Metz said: “I’m nearly speechless. Never in our wildest dreams did we imagine we’d win. It is such a testament to the integrity of this festival that they are willing to take a risk with such a truly independent film as ours. I speak for my entire wonderful cast and crew when I say that we will forever be grateful.”

The Award for Best Performance in a British Feature Film went to Eddie Marsan for his performance in STILL LIFE.  The performance award was also selected by the Michael Powell Jury who further awarded a special commendation to Zoe Telford for her performance in GREYHAWK.