India For A Billion Reasons 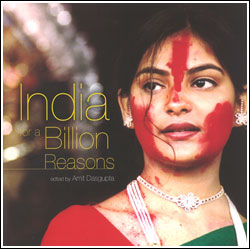 India For A Billion Reasons

This is a glorious photographic essay focusing on India, land of a billion people, a nation for a billion reasons. India continues to mesmerise and surprise the rest of the world as much as she enchants and bewilders her own people. An ancient civilisation and a young nation at once, modern India is a thriving democracy, an economic powerhouse, an increasingly assertive global political player and a world leader in science and technology. At the same time, she remains rooted in tradition — her art, culture and literature continue to enrich her mind, body and soul as also of the rest of humanity.

The editor, Amit Dasgupta is a serving Indian diplomat, whose professional work has taken him to several countries where he has had the opportunity to meet and interact with a number of persons of Indian origin. He is an Indian by birth and by choice.