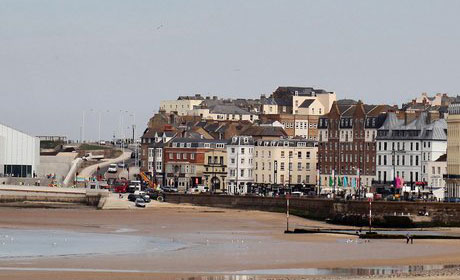 Turner Contemporary reaches its first birthday today 16 April 2012, 496,554 visitors have passed through the doors, more than treble what was predicted for the first year of operation.

Now a new report shows that Turner Contemporary has generated an additional £13.8m of value for the Kent economy and supports an estimated 130 (FTE) jobs in the county.

‘The past 12 months have been truly spectacular for Turner Contemporary. We have been absolutely delighted by the number of visitors, and their response to the gallery and our exhibitions. This report highlights the positive impact these visitors have had on the local economy in terms of additional tourism income and in supporting jobs.

The gallery has also had a huge social impact. We were delighted that over 20,000 people had participated in our Learning Programme, over 35,000 more children visited with their families, and around 20,000 of our visitors said that they had never been to an art gallery before.

We are now very excited about our 2012/13 programme which promises to be every bit as impactful.’

The new gallery for Turner Contemporary was created by Kent County Council who is the major funder and continues to support the gallery. Partner agencies who have also provided funding are SEEDA (£4 million) and Arts Council England (£4.1 million). Thanet District Council provided the land.

‘We are tremendously proud of the success of Turner Contemporary. We were determined to keep to our promise and build a landmark building which would boost the area and be a catalyst for regenerating East Kent. It has created jobs, encouraged new businesses to the town and will go on to be a lasting legacy to driving the development of the county and the south east.’

‘Our congratulations go out to Turner Contemporary as they reach their first anniversary in their new gallery.

We are proud to have Turner Contemporary as one of our National Portfolio Organisations and will continue to support the development of their ambitious artistic and learning programme as part of our wider investment in Kent.

Turner Contemporary’s success in the past year has gone to show that art is integral to local life in Kent and vital to Margate’s regeneration – with long lasting benefits for the community and local economy. Great art enriches lives, and Turner Contemporary is helping more people experience and be inspired by the arts both regionally, nationally and internationally.’

Turner Contemporary is pleased to announce their second year programme of exhibitions:

She Lay Down Deep Beneath the Sea: Tracey Emin at Turner Contemporary (26 May – 23 September 2012)