Reflection From The Portrait Restaurant

Iain was born in England on the 14th February 1969 but educated in South Africa, where he gained a Diploma in graphic design from the University of Cape Town. He initially worked at Saatchi & Saatchi advertising before moving on to other high profile agencies as an Art Director. After working for over 12 years in advertising and winning numerous awards Iain decided to concentrate on his other passion, painting.

His first portrait ‘Mr. & Mrs. Gardiner’ was a finalist for the prestigious BP Portrait Award 2006 held at the National Portrait Gallery in London. The exhibition was visited by nearly 200,000 people in London alone before going on tour around Britain. Since then Iain’s work has been exhibited in other highly acclaimed exhibitions. He has received numerous awards including the most esteemed prize for miniaturists

In 2011 Iain also received ‘The Mundy Sovereign Portrait Award’ for the best portrait in show at the Royal Society of miniature painters sculptors and gravers annual exhibition. Its title ‘Reflection from the Portrait Restaurant’ is particular poignant as it depicts a young girl looking out over London from with in the ‘Portrait Restaurant’ at the top of the National Portrait Gallery (A portrait originating from with in the National Portrait Gallery) The Girl is seen as a ghostly reflection in the window over looking London which seemingly passes through her, the question of what is real and what is not comes to the fore.

‘In the end I hope the painting will generate more questions than there are answers thus creating a platform for discussion’.

During 2011 Iain was also bestowed the honour of being elected a full RMS member. (Which allows him to use the societies initials after his name).

‘I genuinely try to diversify to prevent my work from being stigmatized into any given genre. With this in mind I like to experiment with extremes from Hyperrealism to abstraction and from large canvases to miniature. At present I am concentrating on large-scale hyperrealism. I’m using miniaturist principles by painting every minute detail on a large canvas with a tiny brush, which is extremely time consuming, but in the end hopefully rewarding for the viewer. The painting I am currently working on is a self-portrait that gives me the added benefit of having my ‘model’ on hand all the time. As this painting has taken over a year so far, model fees would have been expensive.’

Another painting called ‘Andrew with Revolver’ was featured on the front cover of ‘The Artist Magazine’ in October 2010.

His work has featured on post cards and in magazines, catalogues, press reviews and also books. The most recent book published was in 2011 and called ‘500 portraits’. 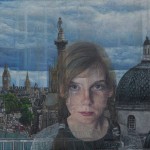 Reflection From The Portrait Restaurant 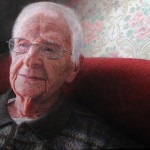 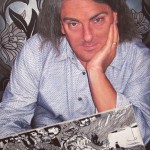 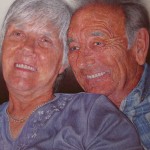 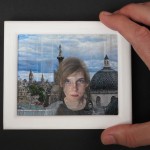 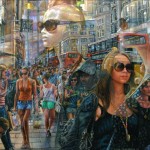 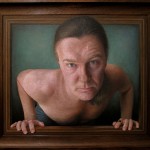 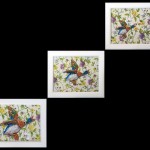