For Seven Weeks Only In London 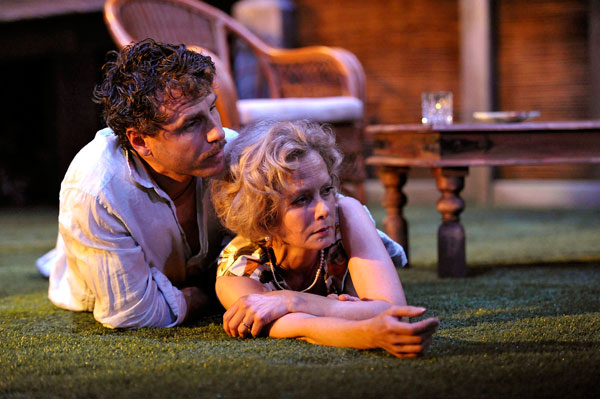 Produced by Bill Kenwright and Thelma Holt, Noel Coward’s Volcano, starring Jenny Seagrove, Dawn Steele, and Jason Durr, will premiere and play a strictly limited West End run this summer at the Vaudeville Theatre. The run will be for seven weeks only, from Tuesday 14th August to Saturday 29th September.

Never performed in the author’s lifetime due to the climate at the time, this is the first major production of a work which gives a fascinating insight into the glamorous and sometimes scandalous island lifestyle which Coward himself enjoyed.

Recently widowed Adela Shelly finds herself being seduced by the suave Guy Littleton, a visitor to her elegant Pacific house on the side of an island volcano. When Guy’s acid-tongued wife Melissa decides to fly in to see off the competition, she hasn’t contemplated that Adela’s best friend, Ellen, might also be falling for her husband… and as tensions bubble up from under the surface and begin to erupt, so does the volcano, all with explosive consequences…